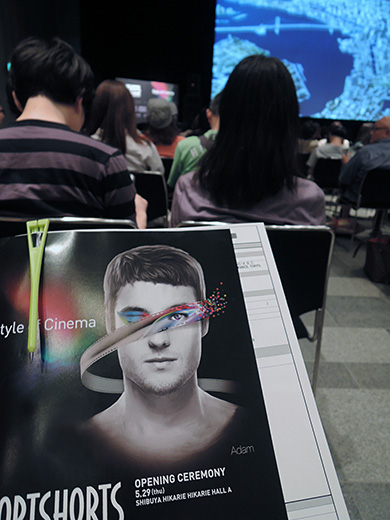 I was so much looking forward to going SHORT SHORTS FILM FESTIVAL & ASIA 2014, because finally I could watch the animated short film “The Dam Keeper”!

The directors of the film are Robert Kondo and Daisuke Tsutsumi, Pixer’s most talented animation artists. They didn’t have experience of directors in the company, so they thought they should challenge for their own lovely film…  And yes, consequently they got many awards all around the world’s film festivals.

The film was just wonderful!! Please check the trailers. I do hope you could watch the whole movie very soon.

Tips for Sherlock fans; the narrator of this film is the actor of CAM 🙂