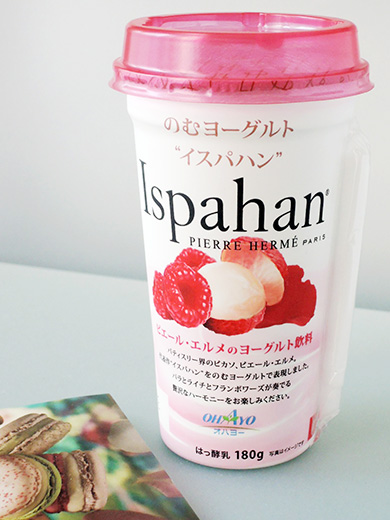 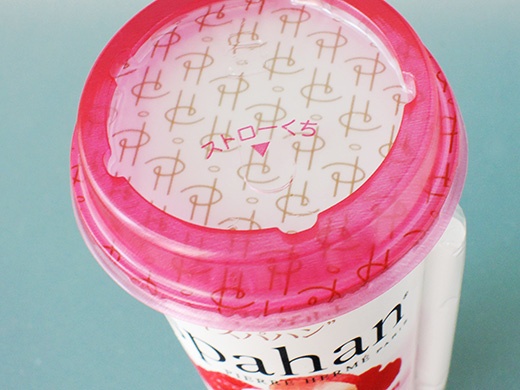 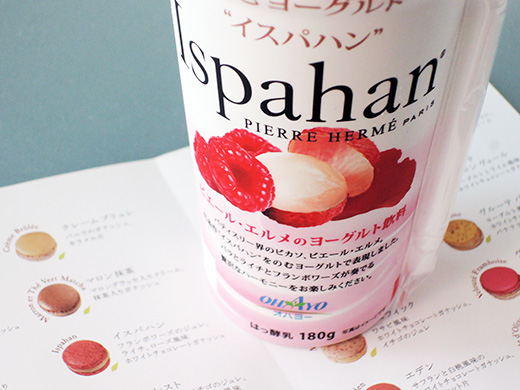 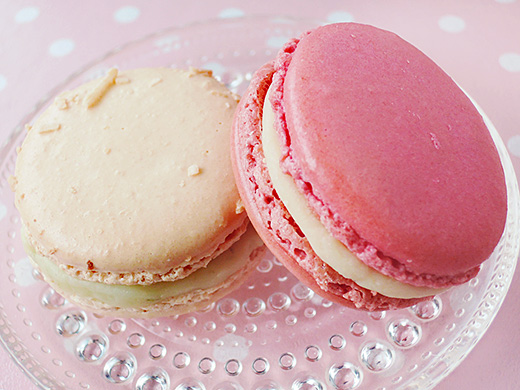 Their latest product is Ispahan flavored drinking yogurt. Ispahan is one of the most famous flavor that PIERRE HERMÉ produced – mixture of the flavors of rose, raspberry, lychee, and rich cream (or white chocolate, mascarpone cheese, frozen yogurt, etc.) – is heavenly good. Especially Ispahan macaron and macaron cake are getting popular.
This drinking yogurt is a cheap and casual line for his creation, easy to get it at the supermarket or convenience stores, but still, it was rich and good.